The Grawemeyer Award in Religion is made possible by the creative generosity of the late H. Charles Grawemeyer. Louisville Seminary, jointly with the University of Louisville, awards the $100,000 prize to honor and publicize creative and significant insights into the relationship between human beings and the divine. The award also recognizes ways in which this relationship may inspire or empower human beings to attain wholeness, integrity, or meaning, either individually or in community. 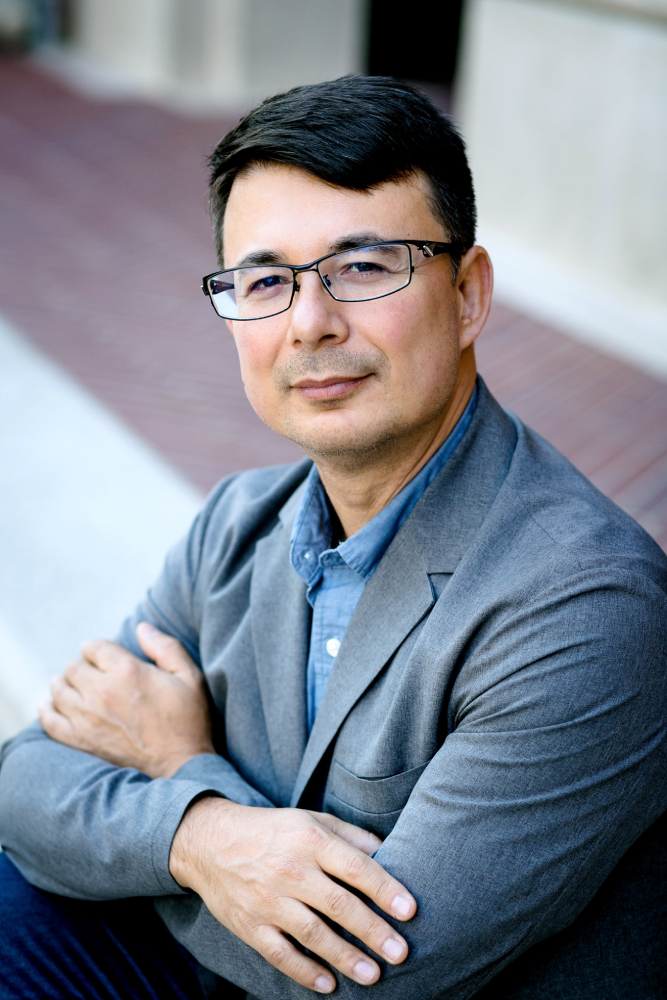 LOUISVILLE, Ky. – A scholar who explained how Japanese American Buddhists remained true to their faith even after being forced into U.S. detention camps during WWII has won the 2022 Grawemeyer Award in Religion.

Duncan Ryuken Williams, a religion professor who directs the Shinso Ito Center for Japanese Religions and Culture at the University of Southern California, won the prize for ideas set forth in “American Sutra: A Story of Faith and Freedom in the Second World War,” his 2019 book published by Harvard University Press.

After Japan attacked Pearl Harbor, the U.S. government forcibly relocated more than 125,000 people of Japanese ancestry and imprisoned them in detention camps on U.S. soil. Two-thirds were practicing Buddhists.

Some were sent to live in former fairgrounds where stables were hastily converted into living quarters. Others were crowded into dwellings of tarpaper-roofed, Army-style bunkers. Many lost their homes, farms and businesses along with their possessions.

As Williams reviewed diaries and other records of their stay in the camps, he learned Buddhists continued to worship even in confinement. One family celebrated Buddha’s birthday by pouring coffee over a carrot carved in his likeness when they could not perform the traditional ritual of pouring tea over a Buddha statue.

“Their imprisonment became a way to discover freedom, a liberation that the Buddha himself attained only after embarking on a spiritual journey filled with obstacles and hardships,” he said.

The Buddhists’ steadfast devotion to faith in such conditions showed it was possible to be both Buddhist and American and helped launch a less sectarian form of the religion in the United States, Williams found.

“Williams’ work opens the way for a discussion that values religious inclusion over exclusion,” said Tyler Mayfield, who directs the Grawemeyer religion award. “He shows how Japanese Americans living in a time of great adversity broadened our nation’s vision of religious freedom.”

The University of Louisville and Louisville Presbyterian Theological Seminary jointly give the religion prize. Recipients of next year’s Grawemeyer Awards were named this week pending formal approval by university and seminary trustees. The $100,000 prizes also honor seminal ideas in music, world order, psychology and education. Winners will visit Louisville in April to accept their awards and give free talks on the winning ideas.

We invite you to watch the recorded lecture of the 2022 Grawemeyer Award in Religion winner.

Grawemeyer Religion Award Nominations are invited from religious organizations, appropriate academic associations, religious leaders and scholars, presidents of universities or schools of religion, publishers and editors of scholarly journals. Self-nominations are be accepted or considered. There is no discrimination based on religious affiliation or belief or lack thereof. Previous winners are not eligible for subsequent awards.

Or see grawemeyer.org/religion for more information.

Past Grawemeyer Award in Religion Winners

1991
John Harwood Hick
An Interpretation of Religion: Human Responses to the Transcendent

1993
Elizabeth A. Johnson
She Who Is: The Mystery of God in Feminist Theological Discourse

2003
Mark Juergensmeyer
Terror in the Mind of God: The Global Rise of Religious Violence

2004
Jonathan Sacks
The Dignity of Difference: How to Avoid the Clash of Civilizations

2010
Eboo Patel
Acts of Faith: The Story of an American Muslim, the Struggle for the Soul of a Generation

2011
Luke Timothy Johnson
Among the Gentiles: Greco-Roman Religion and Christianity

2012
Barbara D. Savage
Your Spirits Walk Beside Us: The Politics of Black Religion

2013
Leila Ahmed
A Quiet Revolution: The Veil’s Resurgence from the Middle East to America

2014
Tanya Luhrmann
When God Talks Back: Understanding the American Evangelical Relationship with God

2018
James H. Cone
The Cross and the Lynching Tree

2022
Duncan Ryuken Williams
American Sutra: A Story of Faith and Freedom in the Second World War