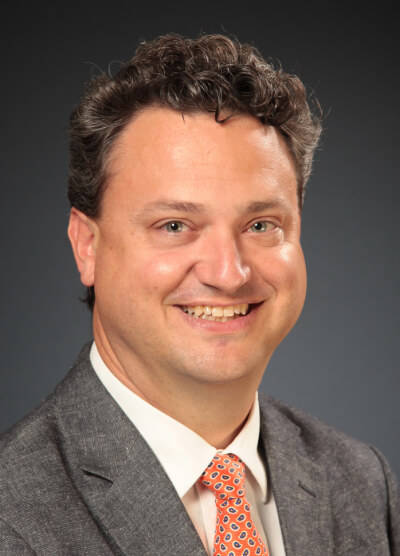 A.B. Rhodes Professor of Old Testament and Faculty Director of the Louisville Grawemeyer Award in Religion

Tyler Mayfield is a biblical scholar, teacher, and administrator. He previously taught at Union Theological Seminary in New York City, Claremont School of Theology in southern California, and the University of California, Riverside.

At Louisville Seminary, he teaches courses in biblical theology, ethical readings of Scripture, and prophetic literature. He leads a triennial travel seminar to Israel and Palestine to explore the ancient biblical sites as well as contemporary Judaism, Islam, and Christianity. As the Director of the Grawemeyer Award in Religion, he coordinates a three committee, year-long selection process to award a $100,000 prize for the best new idea in religion.

He is the author of four books. The first book, Literary Structure and Setting in Ezekiel (2010), reads Ezekiel as a deliberate prophetic composition with a highly-structured form. A Guide to Bible Basics (2018), his second book, presents the content of the Christian Bible in an accessible and concise way. His third book, Unto Us a Child Is Born: Isaiah, Advent, and Our Jewish Neighbors (2020), helps Christian clergy read the prophetic book of Isaiah liturgically through the lens of Advent and ethically through the lens of love for Jewish neighbor. His fourth book, Father Abraham’s Many Children: The Bible in a World of Religious Difference (2022), reflects on the stories of three of the most significant “other brothers” in the Bible—namely, on God’s continued engagement with Cain after he murders Abel, Ishmael’s circumcision as a sign of God’s covenant, and Esau’s reconciliation with Jacob. From these stories, he draws out a more generous theology of religious diversity, so that Christians might be better equipped to authentically love their neighbors of multiple faith traditions. His current writing project is a theological commentary on the prophetic book of Ezekiel for the New Interpretation Commentary Series published by Westminster John Knox Press. He has also written several book chapters and journal articles and enjoys writing regularly for the website, WorkingPreacher.org .

Tyler is a member of St. Andrew United Church of Christ and Highland Baptist Church, where his wife is on the pastoral staff. He also enjoys regularly preaching and lecturing at churches.