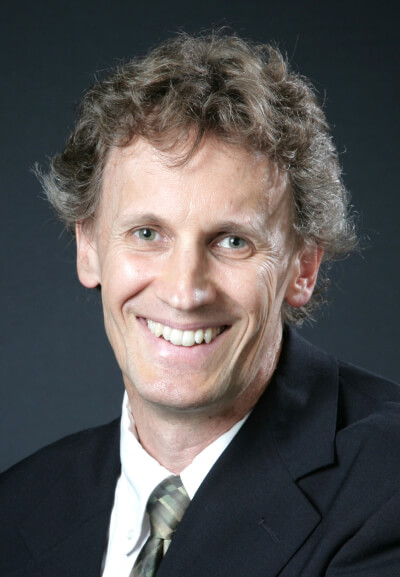 Christopher Elwood is a historical theologian and historian of Christianity, with particular expertise in the early modern period and broad interest in other periods.


Teaching courses in theology and the global history of Christianity, with a concentration on the period from the Reformation to the present, Dr. Elwood maintains research and writing interests in the history and theology of the Reformation period, the theology of John Calvin and early Reformed traditions, theological interpretations of the body, gender and sexuality, and the intersections of theology and culture.


Dr. Elwood grew up in many places, including Rio de Janeiro, Brazil, and Port of Spain, Trinidad. For two years in the early 1980s he served as the headmaster of Shiveye Secondary School in rural, western Kenya, in association with the East Africa Yearly Meeting of Friends. He was the pastor of two Congregational churches in Massachusetts and is an ordained minister in the Presbyterian Church (U.S.A.). He joined the Louisville Seminary faculty in 1996, having taught previously at Harvard Divinity School and Davidson College. He is active in his local congregation and is a member of several professional organizations including the American Academy of Religion, the American Society of Church History, the American Historical Association, and the Sixteenth Century Society and Conference. He served on the committee of the Presbyterian Church (U.S.A.)’s General Assembly that prepared a new translation of the Heidelberg Catechism for the church’s Book of Confessions.


Dr. Elwood has written several articles and books, including The Body Broken: The Calvinist Doctrine of the Eucharist and the Symbolization of Power in Sixteenth-Century France (Oxford University Press, 1999), Calvin for Armchair Theologians (Westminster John Knox, 2002), which has been translated into Japanese, Korean, German, French, and Italian, and A Brief Introduction to John Calvin (Westminster John Knox, 2017). His current research and writing focuses on understandings of embodiment, sexuality, and death in the Christian cultures of the Reformation era and the modern West, as well as resources in Reformed piety and spirituality for engaging a suffering world.

I think it is important that members of our churches become aware of the connections between what they believe and the social and political commitments they hold. This concern influences my efforts to encourage seminary students to see the way theological ideas ‘live’ in particular historical environments and how this has application to our own reflection on the beliefs we hold and the way we express them theologically.
—Christopher Elwood