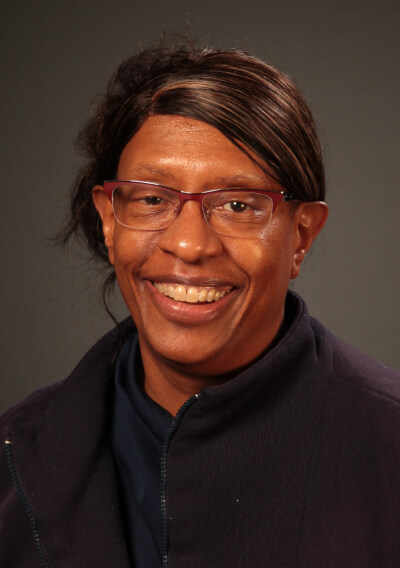 Angela Cowser began her service at Louisville Seminary in August 2018. She previously served as Director of the Center for the Church and the Black Experience and Assistant Professor of Sociology of Religion at Garrett-Evangelical Theological Seminary (Chicago, Illinois).

She is a member of the Association of Black Sociologists, the National enter for Faculty Development and Diversity, the American Academy of Religion, and the Chicago Organizers Guild.

I'm eager to work with the faculty, students, staff, and alumni of Louisville Seminary, as well as leaders in the broader Louisville and Kentuckiana communities to learn the ways and means of doing justice, kindness, and humility so as to concretely enrich lives and advance Gospel witness.
—Angela Cowser